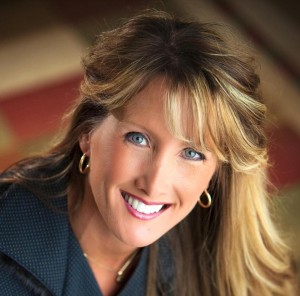 The Face of the One Percent Abortion Exceptions

Rebecca Keissling was conceived in rape and her mother attempted to abort her twice. Instead she was  given up for adoption, born three years before the Supreme Court’s Roe v. Wade decision opened Pandora’s box to legalized abortion in America through all nine months of pregnancy.

Rebecca is a family life attorney, home school mother of five, a zealous defender of the most vulnerable “1% exceptions”, unborn babies who are legally killed every year because they are the “products” of the heinous crime of rape and incest. If you recall the last Republican presidential primary election in 2012, Governor Rick Perry’s pro-life position excluded the unborn victims of rape and incest. Rebecca met the Governor and convinced him to be 100% pro-life without exception. Here is her story recently given at a pro-life conference in Washington. You can also watch a video of her presentation.

We’re Catholics.  Let’s be unabashedly 100% pro-life! Register for the Texas Leadership Coalition Pro-life Conference on October 11th. Click on “Register for the 2014 San Antonio Advancing the Culture of Life in Texas Conference ”

The ‘rape exception’: killing unborn kids for their father’s crime*

Rebecca Kiessling knew she had been adopted. When she was 18, she went on a search to find her birth mother.“I was shocked to find that the door was closed!” she told pro-lifers at a Face the Truth Tour luncheon July 29 in Washington, D.C.But she could and did petition to get “non-identifying information” about her birth parents.

“It had everything you could imagine about my birth mother ex­cept her name,” she recalled; “her eye color, hair color, height, weight, age, detailed medical history, and the ages of my half-brother and half-sister, who were 11 and 13 when I was born.”

But the only information given about her father was that he was “Caucasian and of large build.” What could the explanation pos­sibly be? she wondered. But she had a very troubling suspicion.

“I called up my caseworker and asked her, ‘Was my mom raped?’ and she said, ‘Yeah—I didn’t want to tell you.’”

Rebecca was devastated. “I remember feeling so ugly and unwanted, thinking, who would ever want to marry me?” Her brother, who was also ad­opted, had been in and out of prison since he was 16, and she had been told that socially deviant behavior was genetic.

“I thought, well, what about who I am? Do I have this ugliness lurking inside me?” After learning that she had been conceived in rape, when she heard people talk about rape and abortion, their words really stung.

“People would say, ‘I’m pro-choice, especially in cases of rape,’ or ‘I’m pro-life, except in the case of rape.’ I felt like all these people were talking about me, about my life, and that at least half the world was against me.”

She read in a Gallup poll that 60% of self-professed pro-lifers support the rape exception. “I felt I had to justify my own existence! I would have to prove to the world that I shouldn’t have been aborted and that I was worthy of liv­ing.”

The anxious young woman asked her adoptive father what he thought about abortion, especially in cases of rape. Her Dad, a college professor, re­plied, “Well, I’ve always felt, who am I to say what a woman can or cannot do? I guess I’m pro-choice.”

“I said, ‘But Dad, you mean to tell me that you’ve watched me grow up for 18 years, and you be­lieve that ‘her body, her choice’ is more important than my life?’ “It was like he immediately snapped out of it: ‘No, I don’t be­lieve that!’ he exclaimed.”

He explained that it was expect­ed that every progressive professor on campus would be pro-choice. But he had never stopped to think of the ramifications as an adoptive father.

Still, Rebecca’s heart was un­easy. She had to know how her birth mother felt. “I ended up being one of the first people in Michigan to have a judge allow my caseworker to contact my birth mother and ask if she wanted to see me,” she recalled.

Rebecca was attending college out-of-state when she received a letter with her mother’s name—Joann—and her phone number. “I called her up,” she said. Her mother told her she was sorry that she knew about the rape.

“But then she told me some hor­rific details that I was totally un­equipped to hear,” said Rebecca. “She’s 4-feet-10, weighs 90 pounds—was a single mom heading to the grocery store at night right down the street from her home.

“The guy jumped out of the bushes with a knife and forced her to a field. She went on in graphic detail how he brutally raped her. That was how I was conceived. It was so hard to hear! I felt totally worthless—like garbage. I had to realize that my biological father was a really bad man.”

Later, her mother wrote her a beautiful letter, telling her, “You were so perfect and pretty; you were always in my thoughts and in my heart.” At the age of 19, Rebecca flew home to meet her birth mom, who was now 51, spent “a wonderful weekend” with her, and met many of her relatives, including her half-brother, with whom she became close friends.

Back at college, she went to a few meetings of Students for Life, but didn’t get involved. “I didn’t feel like I fit in anywhere,” she ex­plained. Certain thoughts kept nagging at her.

Rebecca had been born July 22, 1969—exactly 3½ years before Roe v. Wade. Abortion was illegal in Michigan—even in cases of rape. She called her mom. She had to know. “She told me that if abortion had been legal in Michigan then, she would have aborted me,” said Re­becca.

Her mother admitted that, legal or not, she had tried to abort her—twice.“My mother went to two ‘back-alley’ abortionists. The first was at a regular ob/gyn office; she just had to go in the back door. But there was blood and dirt on the floor and the table. It was filthy.”

It was because of those condi­tions, and that it was illegal, that she backed out; she was afraid for her own safety, said Rebecca. “Then she got hooked up with a more expensive abortionist, once again through the rape counselor that the police had referred her to.

“This time, she was to meet someone at night by the Detroit Institute of Arts. Someone would approach her, say her name, blind­fold her, put her in the back seat of a car and take her and abort me, then drive her back. She called the abortionist and expressed concerns for her safety. He called her ‘stupid.’ She said, ‘If you’re going to call me names, just forget it!’ He began to swear at her profusely, and she hung up on him.”

This horror story brought home a vital truth to Rebecca. “The fact that I am alive today is because pro-life leaders, advocates and voters in Michigan recognized that mine was a life worth saving, and made sure that abortion was il­legal in Michigan even in cases of rape.

“They were 100% pro-life—no exceptions, no compromise. They are my heroes, and I owe my life to them. That is why I am trying to do the same for others.” Rebecca went on to law school, became an attorney, married, and is the mother of five, two of whom were lost in miscarriage, and two of whom are adopted.

As an attorney she represented clients in numerous high-profile cases defending human life. She travels around the country making about 75 pro-life talks a year.She also directs an organization of hundreds of others conceived in rape or incest, and mothers who be­came pregnant by rape.

“I hear people like Rachel Mad­dow saying things like, ‘Don’t you think it’s extreme to tell a rape vic­tim that she should be forced to car­ry a rapist’s baby?’

“Well, first, personally, I am not a rapist’s baby; I am my mother’s child. I am a child of God. I think it’s extreme to tell an­other living human being that they are garbage—that they don’t de­serve to be living and that they’re not worthy of legal protection. I think it’s extreme to make a law that lets an innocent child be put to death for the crime of his or her father.”

We need to remind people that we are talking about real people, said Rebecca: “This is not a philo­sophical exercise! The child of rape is the most marginalized, demonized person there is today,” she declared. “They are treated like cannon fodder, even by many pro-lifers, whose standard response is not to defend them, but to say, ‘Well, they’re only 1% of all abortions!’”

If abortion is okay in rape cases, then we pro-lifers don’t really be­lieve that the unborn child is a hu­man being, she asserted. “But when you say you are pro-life without compromise, it’s like you’re saying, ‘I get it. Life mat­ters! Legality matters!’

“My life matters! Your lives matter! And don’t let anyone tell you otherwise.”

Learn more about how to defend the 1% “hard case” babies